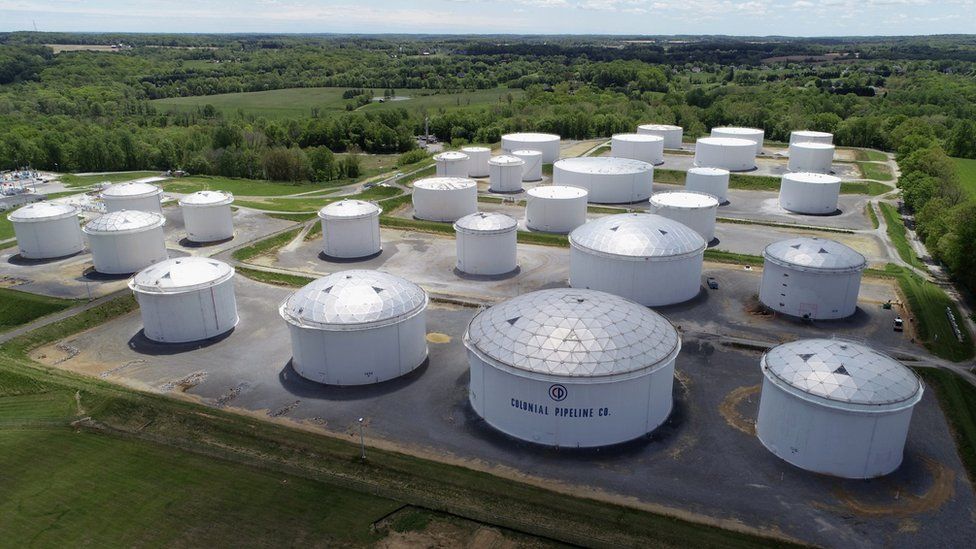 Colonial Pipeline suffered a ransomware cyber-attack over the weekend and took its service down for five days, causing supplies to tighten across the US.

CNN, the New York Times, Bloomberg and the Wall Street Journal all reported a ransom was paid, citing sources.

Colonial said on Thursday that it would not comment on the issue.

On Friday, Japanese consumer tech giant Toshiba said its European division in France had been hit by the same cyber-criminal gang.

Following the cyber-attack, Colonial announced it would resume operations on Wednesday evening, but warned that it could take several days for the delivery supply chain to return to normal.

The closure saw supplies of diesel, petrol and jet fuel tighten across the US, with prices rising, an emergency waiver passed on Monday and a number of states declaring an emergency.

The average price per gallon hit $3.008 (£2.14) – the highest level seen since October 2014, according to the Automobile Association of America.

US President Joe Biden reassured motorists on Thursday that fuel supplies should start returning to normal this weekend, even as more filling stations ran out of gasoline across the Southeast.

According to reports, Colonial had said initially it would not be paying the ransom demanded by the hackers.